Today we had a really special event in school. This year marks the 20th anniversary of “World‘s Greatest Shave”. Since 1998 Australians shave their heads to help beat blood cancer. The idea of the event is to sign up as a participant to get sponsored to shave or color your hair and thereby support Australians with blood cancer like leukaemia, lymphoma or myeloma. The raised money will provide practical and emotional support and additionally fund the research that will save lives. So today after assembly we all came together in the hall and all the people who got their hair cut or heads shaved were on stage. There were several boys shaving their heads including a boy from my year. Two girls in my year cut of a big part of their hair to donate it and there was one girl that even shaved her head. Later at lunch you could get your hair colored with colorful hair dye and hence donate some money. I have so much respect for the people that participated in this event and I hope that the money raised today will help a lot of Australians to beat cancer.

Friday we had school photos. For my year this meant that we all had single “normal” photos where we wore our uniforms and additionally a “mock up” group photo where everyone dressed up somehow. I went with the hippie theme 🙂

Sometimes it‘s the little things in life that can make you truely happy. Yesterday I had one of those moments.

It was the first time I took the bus from my new school to my clarinet lesson and I wasn‘t entirely sure how to get there. So I had a bus driver that explained me the way. I had to change the bus at one station and missed it by a minute. So the nice driver of the previous bus passed by on his way back to the station, not in service, to restart the route and stopped to ask me why I was standing there. I told him that I‘d just missed the subsequent bus and waited for the next one. So he asked me where I had to go and told me to hop on and gave me a lift directly to my clarinet lesson. This little act made me really happy and I am just so grateful that there are such amazing people in this world. He was so kind to me and did me a big favor out of nowhere. Happy that people like this exist 🙂

Today is Monday and it was no usual school day but we had a swimming carneval. 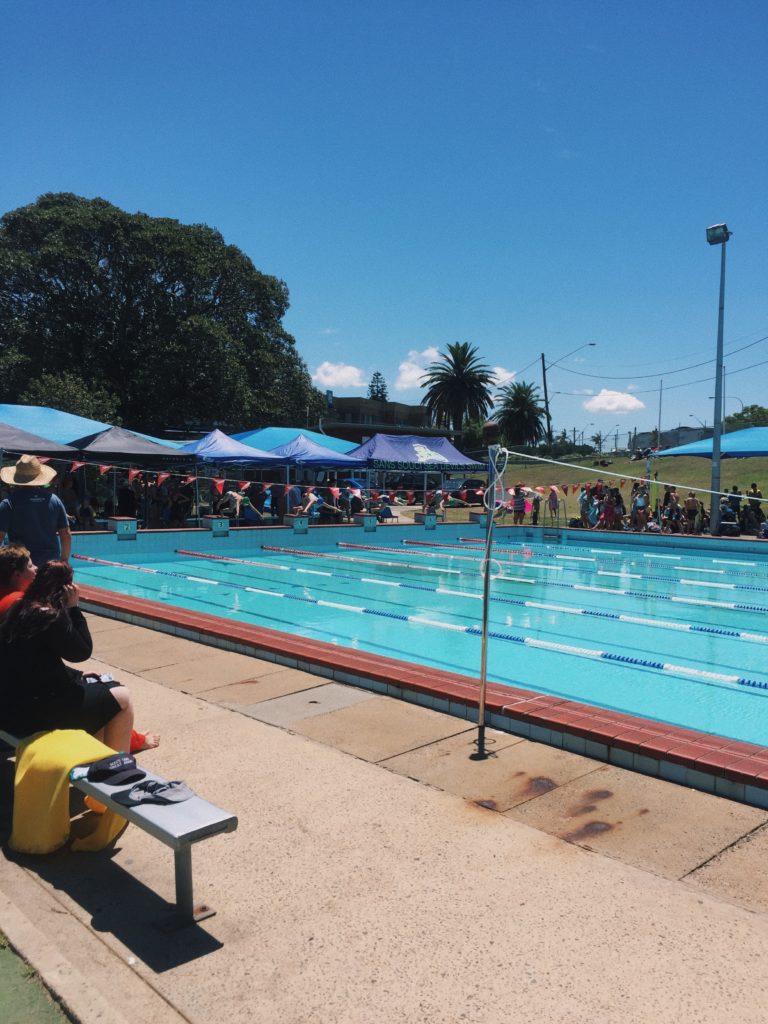 According to our last names all the students at the school are divided into houses that are named after the beaches in our area, Shelly, Wanda, Jibbon and Silver. Every house has a color but since I’m year 12 and this was our last carneval we had a different clothing theme which was “when I grow up”. 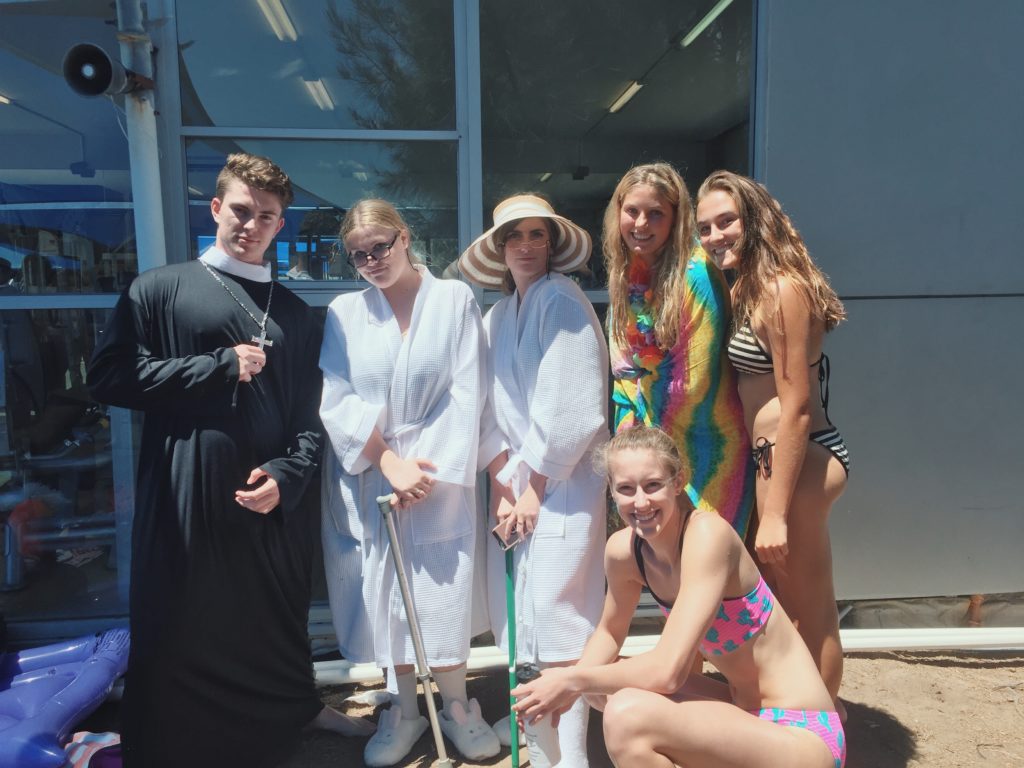 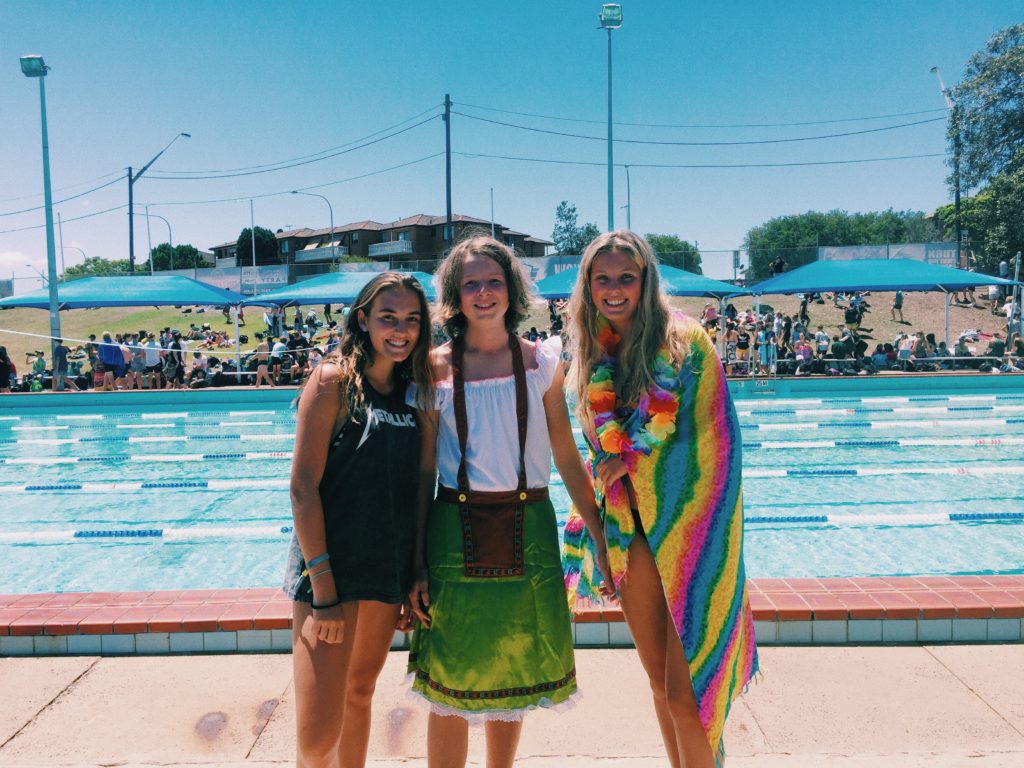 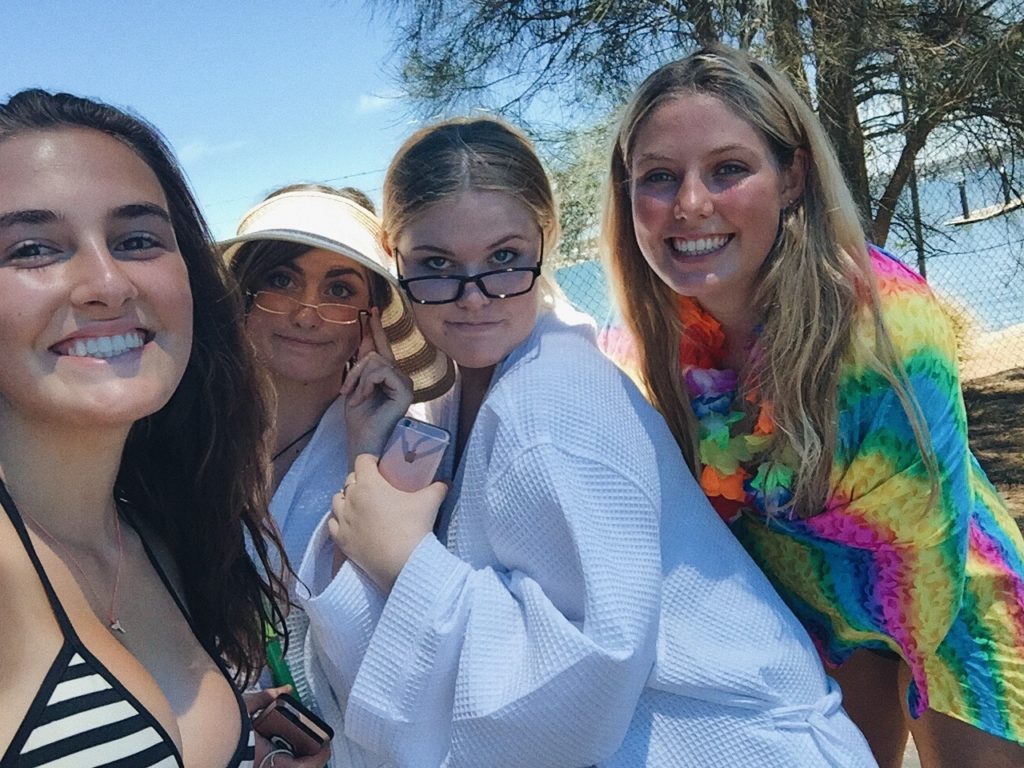 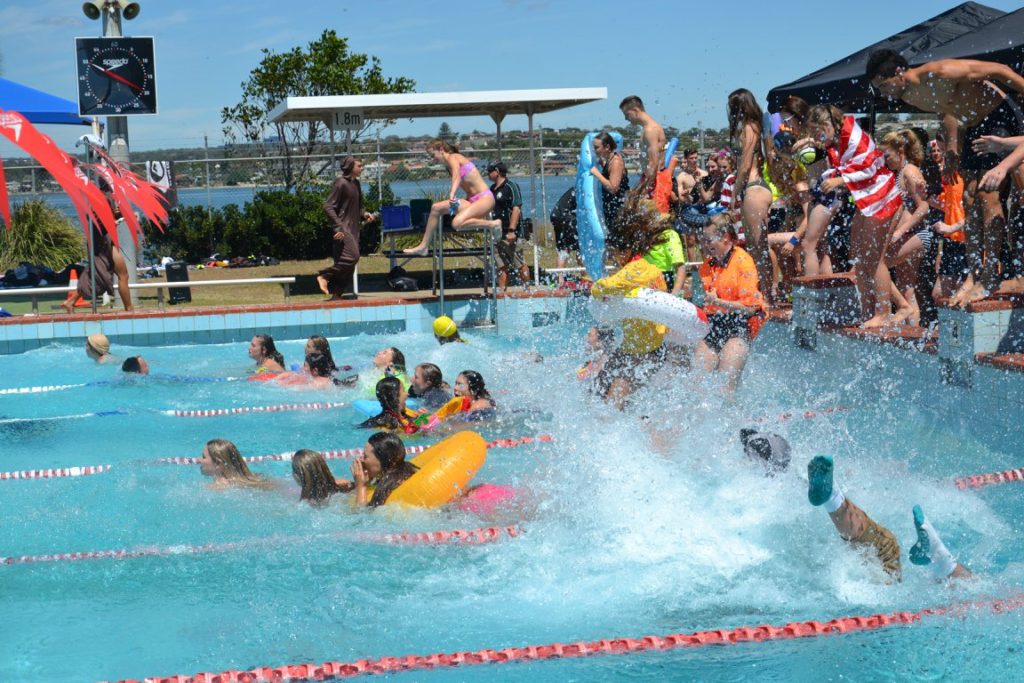 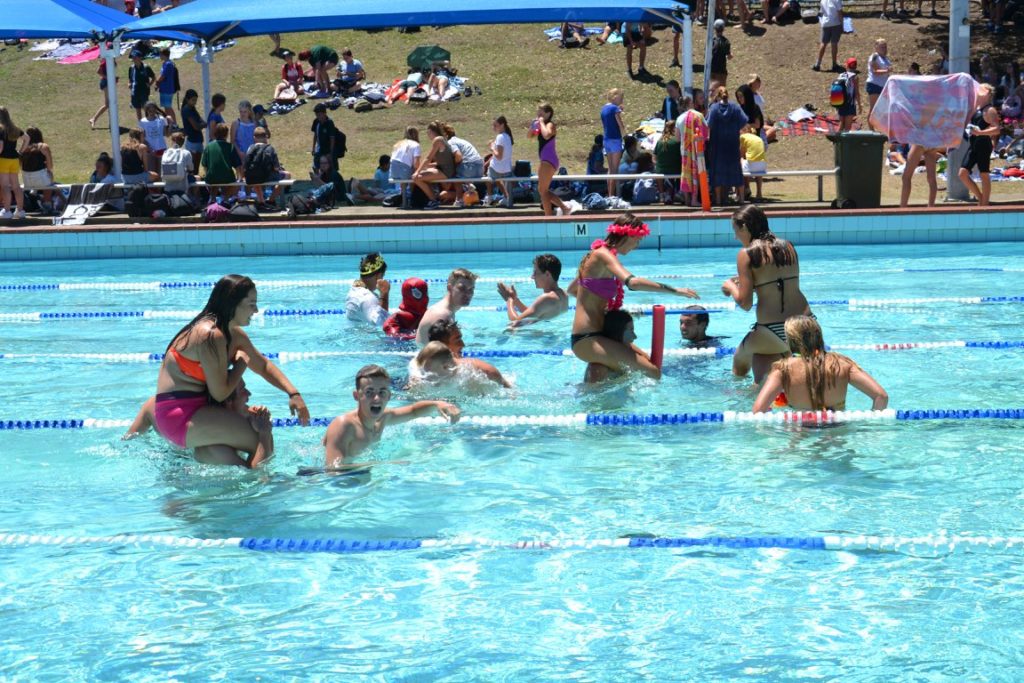 After the carnival was over a friend gave me a lift home. A big difference to Germany, teenagers are allowed to drive here from 16 on but they have some regulations and stages they have to go through until they get their full license. 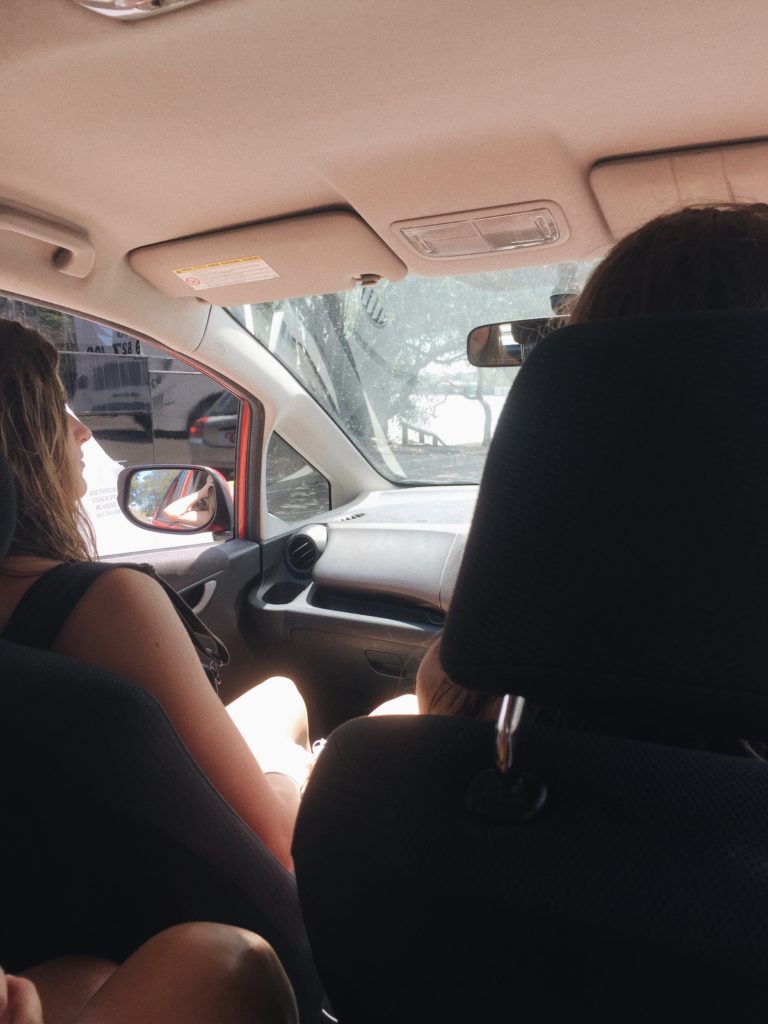 Yesterday marine studies was on my timetable and since my teacher enjoys fishing in his free time we were very lucky because he brought some fish he caught as well as potatoes to cook fish and chips 🙂 !

To prepare the dish we used a deepfryer. We cut the fish into fillets and mixed flour and beer into a beer batter. Once the potatoes slices and the fish fillets were fried we ate them with so called seafood sauce… they were delicious! 🙂